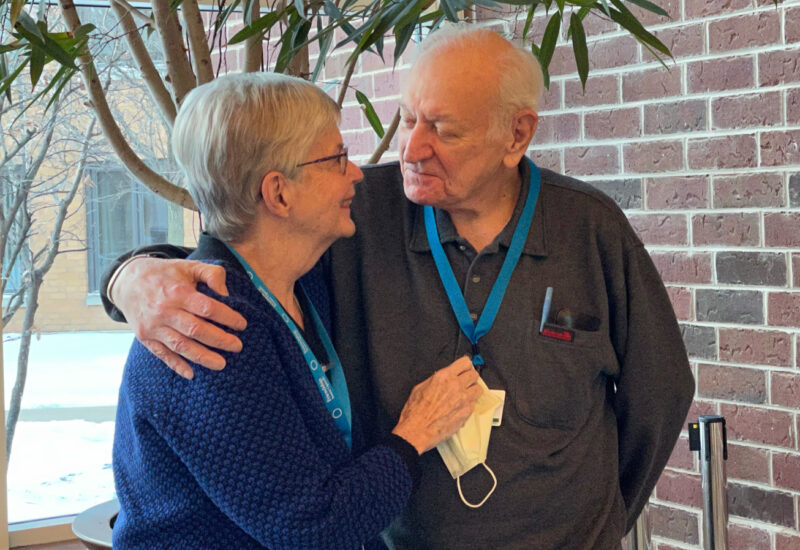 “Not in a million years,” did Sue Harty expect to find love again. The former resident of Bloomingdale moved to Friendship Village in Schaumburg three years ago, anticipating a new lifestyle but not a new romance.

Also moving to the senior living community around the same time was Leonard (Len) Kofkin, a former resident of Lake in the Hills. Harty was divorced, and Kofkin, a widower, when their paths crossed.

They first met during the weekly Wine Wednesday, a social activity of what Kofkin calls an “amiable group of people.” They were drawn to each other as they discovered that they both have a passion for travel. “That was the common denominator,” says Kofkin, adding, “Of course, she’s very good looking too.”

“He’s a very nice and charming man with a lot of interests. I felt that something clicked right away,” says Harty.

The couple, who are self-professed hand-holders, have a lot in common in addition to their love of traveling. “We both like learning about politics, history and literature. In addition, I developed an interest in Judaism. I’m Catholic, and Len is Jewish, and we like to compare notes and history,” Harty says. They are also fascinated by genealogy.

Harty recruited Kofkin to participate in Laff a Minute, Friendship Village’s improv comedy class. “Len was not interested,” says Harty, with Kofkin adding, “Actually, I was kind of horrified. Now though, this is the highlight of the week. We play off each other. It’s fun, and we leave feeling good. “

Describing what he likes best about Harty, Kofkin says, “Superficially, she’s lovely. She’s beautiful arm candy. But she also has so many talents. She’s so bright, she’s the brightest woman, she’s clever and good. When I see her leading a group, I’m excited to see how well she handles herself. She’s terrific.”

Harty says that she loves Kofkin’s “gentle manner. He’s a thoughtful and gentleman. He’s interesting and knows so many different things. Plus, he can cook.”

(As the story appears in Chicago Tribune PrimeTime 2/13/22) 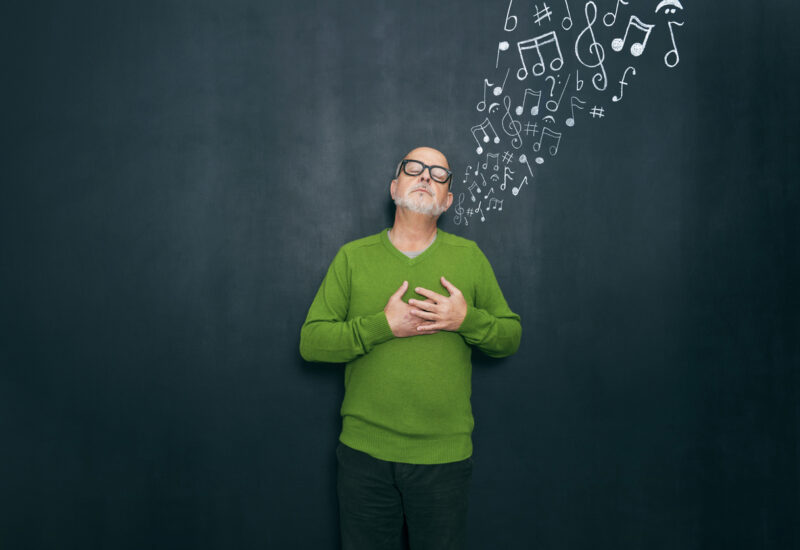 The Melodies of Life