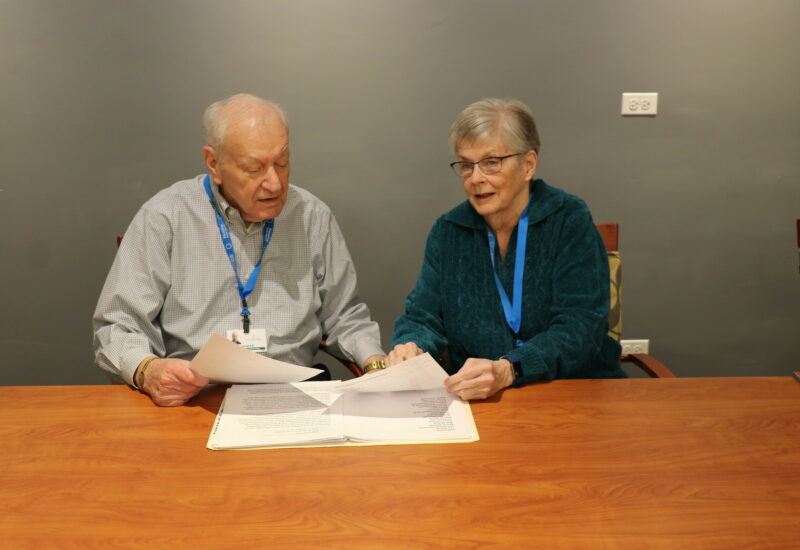 In discourse around current events, we expect (and dread) adults with strong opinions and yet there are places where polite, educated conversations about important topics are taking place. The viewpoints may differ, but they’re not polarizing; the participants politely agree to disagree. There’s no animosity, name-calling, or disrespect. In fact, some participants join each other afterward for a glass of wine or dinner plans.

It’s not at all like anything you see on TV news, in political debates, or even at some family dinner tables.

Current Controversies Considered and Issues of the Day Forum

Friendship Village senior living community in Schaumburg and its sister community GreenFields of Geneva, have both launched resident discussion groups that examine important current world topics. At Friendship Village, the group is called Current Controversies Considered and is run by residents Sue Harty and Leonard Kofkin. At GreenFields, Bob McPeak, Bob Trevarthen, and Bob Carter coordinate the Issues of the Day Forum. Both groups have become increasingly popular as the residents learn that they can express their experiences and opinions without any resulting derision.

“Recent years and current events have challenged many communities and families and have caused many relationships to break down. Having a place to speak respectfully is a first step to bridge the gaps that can lead to more serious conflict,” explains Theresa Beran Kulat, JD, mediator-attorney, a pioneer in the Collaborative Law movement.

Kofkin says that he and Harty were already participating in a current events program at Friendship Village, but it was “light,” and they were looking for something a little edgier. “We were hungry for something more challenging to talk about, something relevant and controversial that we can sink our teeth into.”

Trevarthen says that as a “little bit of a political junkie,” he was interested in pursuing hot topics, as were other residents of the community.

To date, the discussions have included COVID mandates, voting rights and restrictions, critical race theory, the war in Ukraine and the electoral college.

Participants are encouraged to come to the discussions armed…with information. Trevarthen says that at GreenFields, while the group coordinators sometimes provide handouts ahead of time, they mainly depend on residents to do their own research.

At Friendship Village, Harty researches topics that are to be discussed and finds links to informative articles. She also does fact-checking to ensure accuracy. The discussions are more likely to be interactive, informative, and positive if the talking points are based on facts and knowledge.

“People sometimes form their opinions based on limited facts and then forget how they formed those opinions in the first place. Welcoming participants to share the facts as they see them supports everyone in widening their perspective.” Kulat says, adding that she admires the work of these groups as it supports social healing.

The residents are discussing potentially hot topics with people who are their neighbors and friends. Ultimately, they share a home and, thus, need to maintain their civility and, therefore, their relationships.

Consequently, the rules for the discussion forums are critical yet pretty simple. Both groups require that participants treat each other kindly and with respect. Harty brings an airhorn each session but more for effect than actual use. She says she’s only had to use it once, and that was because someone “went on too long,” not that they were insulting or disrespectful.

The Issues of the Day Forum at GreenFields has a written list of ground rules, including listening attentively, being “patient rather than critical,” and encouraging everyone who wants to speak. A sense of humor is welcome. Everyone has abided by the rules without exception.

Both groups use moderators to move the discussions along and keep everything informative and amicable. Trevarthen has years of experience as an educator, attorney, and mediator and uses this to help draw out ideas and conversation. He believes “it’s crucial to be a model for how adults can discuss issues, be on opposite sides, and still have an understanding and appreciation for each other.”

The objectives of the discussion groups do not include changing or forming anyone’s opinion. Instead, the program coordinators seek to keep their fellow residents informed and engaged relating to important topics, encourage respect and civility despite differing views, and, wherever possible, find common ground.

Kofkin reports, “People at Friendship Village like to stretch a little bit. The residents are really interested in this program. While peoples’ opinions are not necessarily changed, there’s credence and respect garnered by others’ views. We listen to a different idea and then go back and think about the things that have been said.”

“Being able to see things from another’s point of view is an indication of a person’s emotional and social growth. Whether these participants realize it or not, they can then take this skill to their families and other communities – to make the world a better place,” says Kulat.

See the story as it appears in the Chicago Tribune Prime Time. 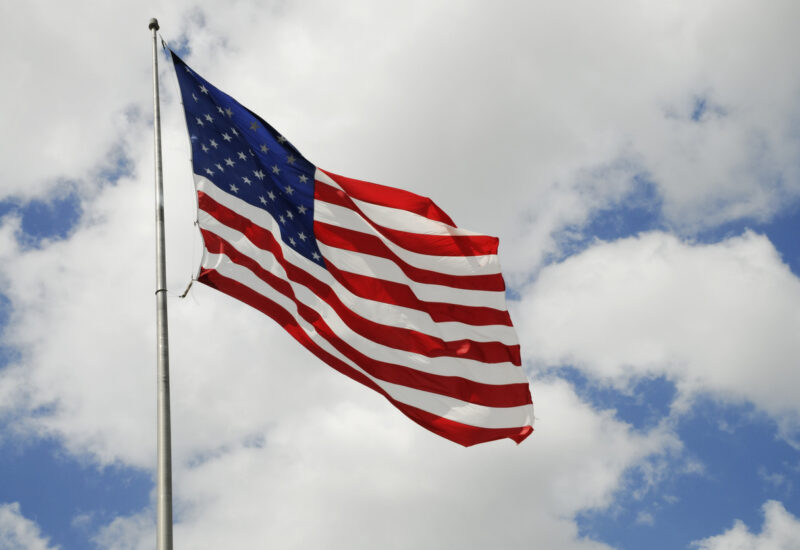 The Grand Tradition of Flying the American Flag