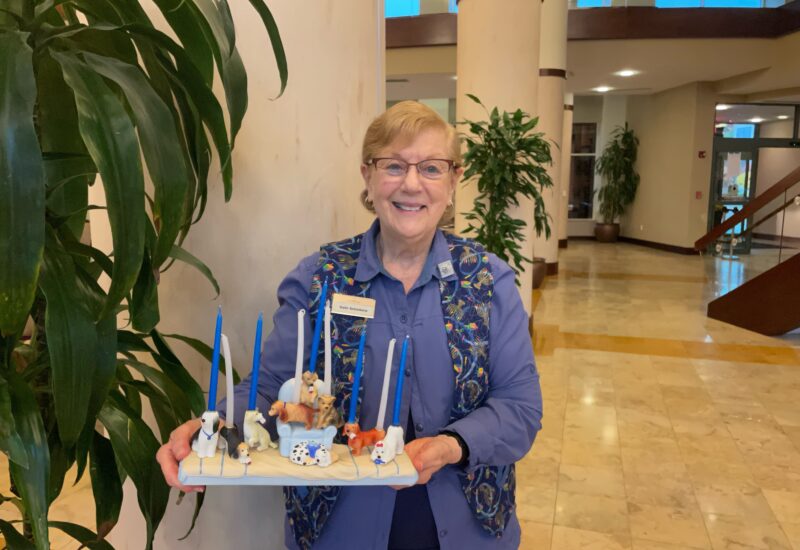 Sally Schinberg’s grandparents were Jews who immigrated to Chicago from Russia. Growing up, her family, who lived in an apartment on Chicago’s South Side, was not “extremely religious’ but attended services at the closest synagogue, which happened to be Orthodox,” she says.

Hanukkah, or the Festival of Lights, which occurs around the same time as Christmas this year, was observed within their home. A highlight was enjoying latkes, traditional potato pancakes.

“We also got little things every day during the eight days of Hanukkah. We lit the candles on the menorah each night and played with dreidels. We sang Hanukkah songs and said all the blessings.”

Growing up in a diverse neighborhood, it made sense that Schinberg’s holiday celebrations were also a bit eclectic. Along with the traditional Jewish observances, she says, “we hung (Christmas) stockings. And one year, my mom’s brother sold Christmas trees, so we had a tree that year.”

Schinberg, who lives in Friendship Village in Schaumburg, clarifies that fruits and nuts were put in the stockings, and the tree was decorated with popcorn strings and paper chains, not traditional Christmas ornaments.

As the story appears in Chicago Tribune PrimeTIme 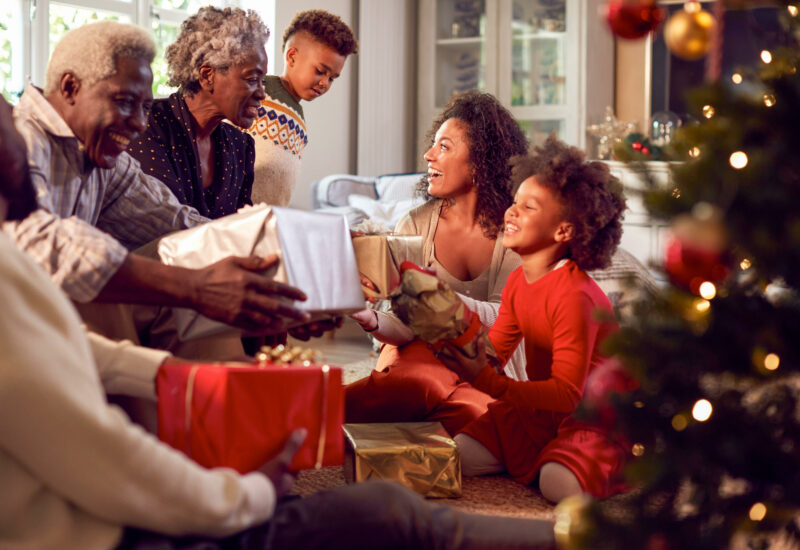 Gift-Giving Can Boost Happiness for the Giver and the Recipient