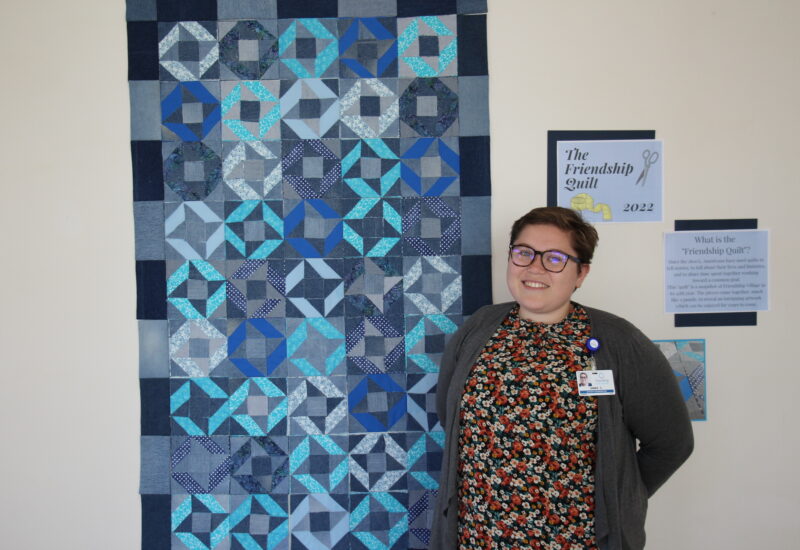 “Since the 1800s, Americans have used quilts to tell stories about their lives and histories and to share time spent together working toward a common goal,” said Anne Campbell, lifestyle activity coordinator at Friendship Village. With this in mind, Campbell led resident volunteers in creating the Friendship Quilt commemorating the 45th anniversary of the senior living community.

The quilt is on display near a vintage quilt created by Friendship Village residents in 1992 for the retirement community’s 15th anniversary.

Campbell designed the project to be a no-sew quilt. Fabric was stretched and glued onto squares rather than hand sewn. “The lifestyles team is well aware of the caliber and variety of creative talent that residents here at Friendship Village possess,” she said, explaining that a hand-sewn quilt would have been a possibility. “We decided on a no-sew quilt, though, because we wanted to open the door for anyone, quilter or not, to participate in the project.”

Carla Smith, director of lifestyles said, “There are residents who sewed in the past but have stopped doing so as they’ve become older, and it becomes more difficult. Through the no-sew method, they were able to create something beautiful without any barriers.”

The quilt was made by stretching fabric over thick paper and taping it in place. Fabric glue affixed the pieces of material into a pattern on each of 45 squares. The squares were then attached to the wall to come together to form the final quilt.

“Everything about the project was so well thought out,” said Smith. This includes the choice of denim as the fabric used to make the quilt. “Everybody has blue jeans. So, using denim made it possible for residents who didn’t otherwise participate in creating the quilt to be part of it by donating old jeans.” 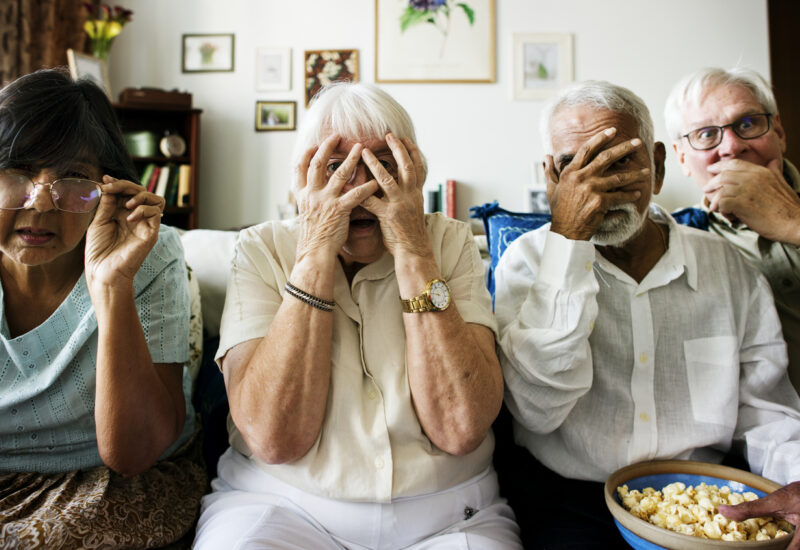