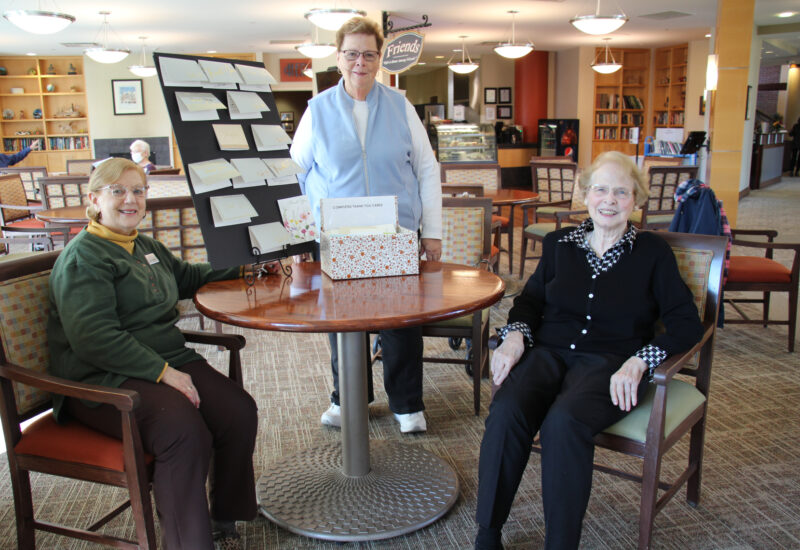 A significant side effect of the pandemic is an epidemic of its own. Media stories report that adults are increasingly rude, disrespectful, and entitled. A lack of appreciation and gratitude has grown exponentially over the past 20 months, a trend that’s been especially pervasive in service industries.

Such is definitely not the case at Friendship Village in Schaumburg. The dedicated staff, known as associates, have been working especially hard during the pandemic and it’s been recognized…and appreciated.

Residents Connie Schambach, Jeanne Fox, and Sally Schinberg talked about putting together an initiative and within just 72 hours, had their entire idea in place.

“We ordered 600 thank-you notes from Amazon,” said Schambach. “We made sure then that every resident in independent living received a blank card and instructions in their mailbox.” The instructions said, “Please take this opportunity to thank a staff member (or the Department they work in) for trying so hard to care for us during these difficult times. Write the recipient’s name or what their job is on the front of the envelope and place it in the collection box located at each hospitality desk as soon as possible. If you wish to write more than one note, there are extra cards at the hospitality desks, or you can use your own. Thank you for your thoughtfulness.”

Residents responded enthusiastically. “People wanted five or six more cards. We ran out of all the extras we had before the week was over,” said Schambach. “There were so many cards.”

“It was important that we helped the associates feel appreciated. The feeling that you get when someone thanks you for something is so important,” said Schinberg.

“Residents thanked the staff in dining, hospitality, housekeeping, lifestyles; really every department.” Many of the thank you notes were promptly displayed on the walls adjacent to the departments.

“The associates took the messages to heart. There have been a lot of ups and downs, especially during COVID and especially during the initial lockdown. The staff was delivering several meals a day to the apartments, cleaning while using enhanced sanitation guidelines, providing hundreds of programs and activities virtually or socially distanced, and so much more. They worked so hard, and it was important that they know they’re appreciated,” said Schambach. 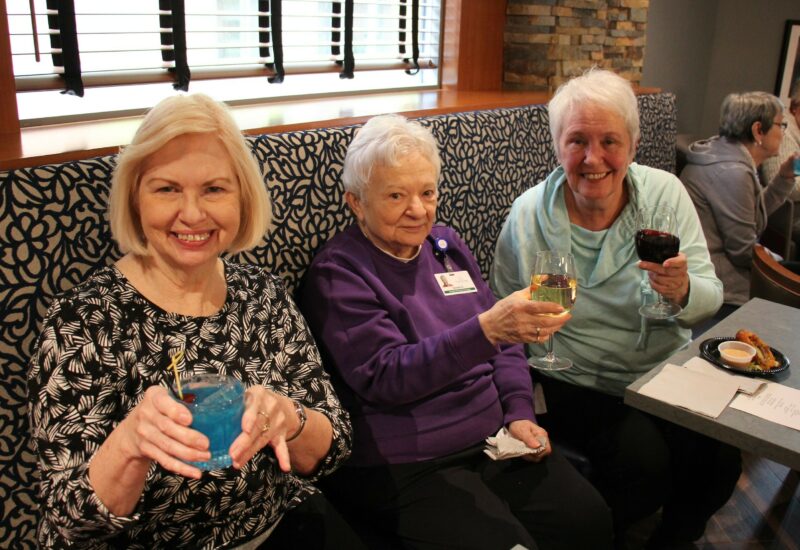