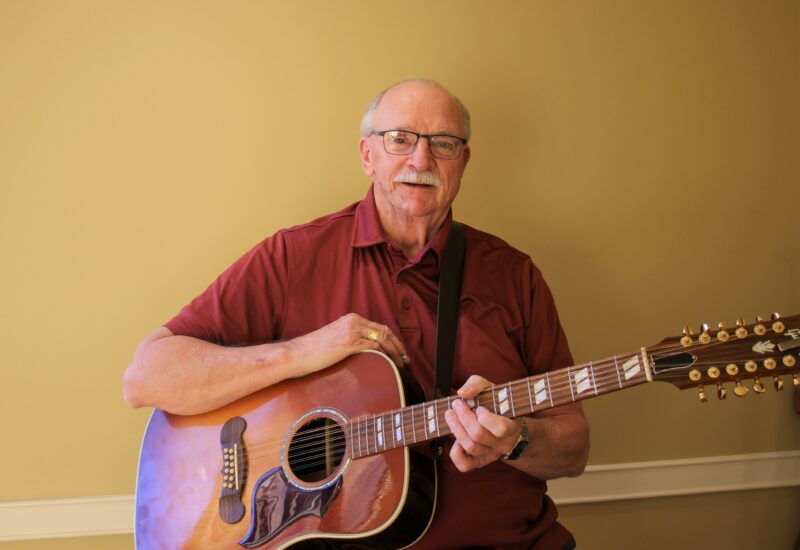 Hathway moved to Friendship Village in April of 2019. He’d retired from his successful career in telecommunications and data.

Hathway’s been musical since he sang at his first wedding at the age of six. After that, he recalled, he performed at churches, retirement communities, and nursing homes. When he graduated from high school, he recalled, “I picked up the guitar and taught myself. I loved folk music and joined the professional circuit in the Midwest.” He met his beloved wife through his music. “I was in a gymnasium in Joliet rehearsing for a show when a woman walked in and started singing harmony. I knew right away that this was ‘the’ girl. We started dating and singing together at colleges and coffee shops,” he said. They were married for 53 years until her death in 2017.

In 1963, amid the Vietnam War, Hathway’s number came up in the draft. “I joined the Air Force to enhance my technical education. I got married and shipped out 30 days later to Okinawa. Wherever the airplanes were, I went. I was a specialist in electronics and mechanicals, working on the planes. I was in Turkey, Libya, Vietnam, and Okinawa. I got out in 1967,” he said.

Over the subsequent years, he worked for ROLM Corporation, AT&T and IBM. Throughout his entire career, he said, he was consistently “learning and teaching.” He was also frequently singing; at weddings, parties, and gatherings.

When he moved to Friendship Village, it was primarily because of the opportunity the community affords to stay busy pursuing one’s passions. “I looked at a number of senior living communities, but Friendship Village was the only place offering enough services and programming so that I’d never be bored unless I wanted to be bored.”

One of his favorite activities at Friendship Village is his self-driven John’s Guitar Sing-Along Sessions that he holds three times weekly. “It draws anywhere from 12-30 people, and we sing a variety of songs, he said. Hathway loves to create improvisational music during the sessions. “I’ll hear someone say a word and I make up a song for that word. It’s fun, and that’s the point is to have fun.” Hathway added, “I love interacting with the other residents and seeing the joy they get out of this. It’s fulfilling. It fills my heart.’”

Hathway concluded, “The residents at Friendship Village are wonderful people. They’re fun to talk to and fun to listen to. There’s much history here and the things they’ve done are phenomenal.” 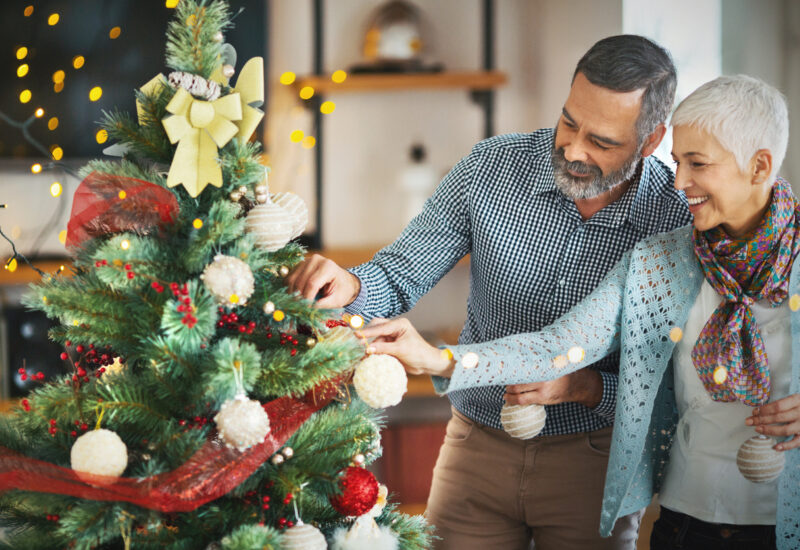 It's the Most Wonderful Time of the Year!