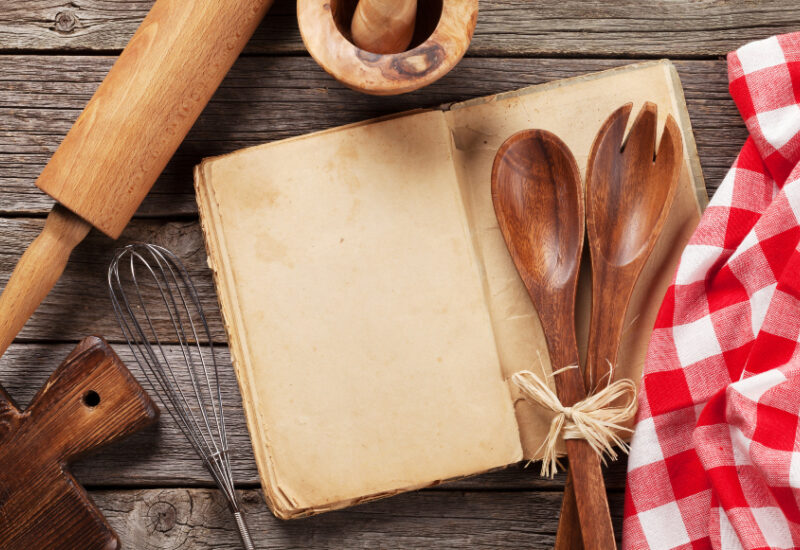 The lives of famous men and women are chronicled in history books, but for insights into American family life, spend some time with a collection of old cookbooks.

An afternoon with a vintage volume may not yield a single tempting recipe, but it will provide a fascinating glimpse into a very different America—one where cabbage cooked in milk and creamed egg and asparagus were considered the ideal lunch for a preschooler. And where “variety meats” included animal parts—brains, kidneys, heart, tongue, liver—that most of us would politely and firmly decline if offered today.

Everyone must eat, so it’s no surprise that the ever-expanding universe of tempting cookbook titles has become the multi-million-dollar industry it is today. Cookbook sales increased a whopping 17% in 2019—before the COVID-19 pandemic hit. In 2020, as restaurants were shuttered and Americans were left to their own devices, dinner-wise, 21.5 million printed cookbooks were sold.

Notwithstanding the pandemic lockdowns, printed cookbooks are ubiquitous in U.S. kitchens despite competition from cable cooking shows and the innumerable cooking blogs and recipe sites offered up by the internet.

Chances are you owned at least one of these classics: the red-and-white-checked “Better Homes and Gardens” cookbook, the “Fannie Farmer Cookbook,” Julia Child’s “Mastering the Art of French Cooking” or Irma Rombauer’s “Joy of Cooking.” And any or all of these timeless cookbooks are likely only the start of your expansive cookbook collection.

But while these titles are instantly recognizable, the annals of cookery are filled with other books, dating back centuries. And the history of written recipe collections goes back even farther—to long before the American continent was settled.

Historians believe the earliest “cookbook” on record is a set of four clay tablets, known as the Yale Tablets, that were carved in 1700 BCE. A team prepared three stews described in the tablets—featuring herbs, vinegar, vegetables and savory meats—as part of a 2018 event at New York University.

The first English-language cookbook appeared in 1390 and was the work of chefs charged with feeding King Richard II. As well as providing insights into the tastes and eating habits of medieval English royals, “Forme of Cury” also codified a new vocabulary of food.

The first recipe book written by an American cook was printed in 1796 and remained in print for 30 years. Although it included many recipes that spoke to the new nation’s English roots, it featured only ingredients available in North America. Recipes ranged from grand and costly desserts such as Queen’s Cake, which called for 10 eggs and a pound of sugar, to johnnycake and “Indian slapjack,” two cornmeal griddle cakes.

A hundred years later, the principal of the Boston Cooking School published what would be known as “The Fannie Farmer Cookbook.” Farmer’s was the first cookbook to quantify ingredient amounts and to format recipes in the style that we all recognize today: A brief introduction, a list of ingredients with quantities, and step-by-step instructions. Farmer sold 360,000 copies of her cookbook in her lifetime. More than 7 million have been sold to date.

Over the years, other innovations were introduced, including the cookbook as fundraiser—a concept well known to modern cookbook enthusiasts. Maria J. Moss’s “A Poetical Cook-Book” was a compilation of recipes for dishes sold at the Philadelphia Sanitation Fair. The fairs were held by the government to raise money to provide for better sanitation during the Civil War, and sales of Moss’s cookbook contributed funds to the effort.

Taken as a whole, even the humblest of cookbooks provides a detailed account of not just what Americans ate, but their changing whims and lifestyles. For example, cookbooks published during the lean years of the Great Depression and the rationing during World War II featured recipes for Roast Squirrel and Reindeer Pot Roast, Victory Cake and Meat-Extender Loaf—nutritious menu items that could be had inexpensively. Vintage cookbooks also speak to improvements in food photography, as well as what passed for a mouth-watering presentation back in 1945 or 1970.

In the last century, recipes and cooking techniques haven’t been limited to the pages of cookbooks, of course. They’ve been featured on radio, television, cable, and the internet—leaving a long line of famous authors, celebrity chefs and wealthy bloggers in their wake.

Cookbooks often have sentimental value because they hold palpable memories of so many family dinners and celebrations. Indeed, you still may have some old favorites on a shelf, despite the five-star quality dining served up by Mosaic, Seasons and Friendship Village’s other eateries. Not only does this save you preparing your own meals, but it allows more time for enjoying “The Great British Bake Off” or any of the dozens of other cable cooking shows. Depending how far back your cookbook collection goes, you may be surprised to learn that some of your old favorites have become collectible. And if reading about vintage cookbooks has made you hungry to learn more about their history, some very old recipe books are now back in print. Bon appetit! 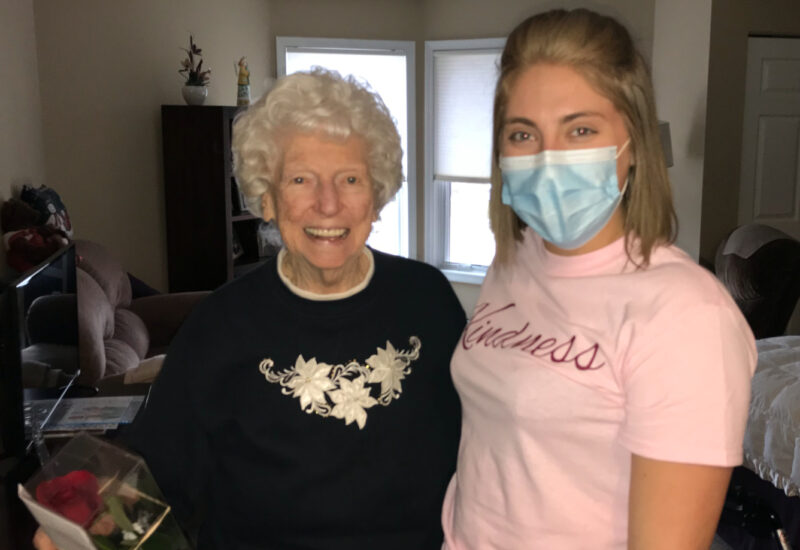 Love is a Rose at Friendship Village