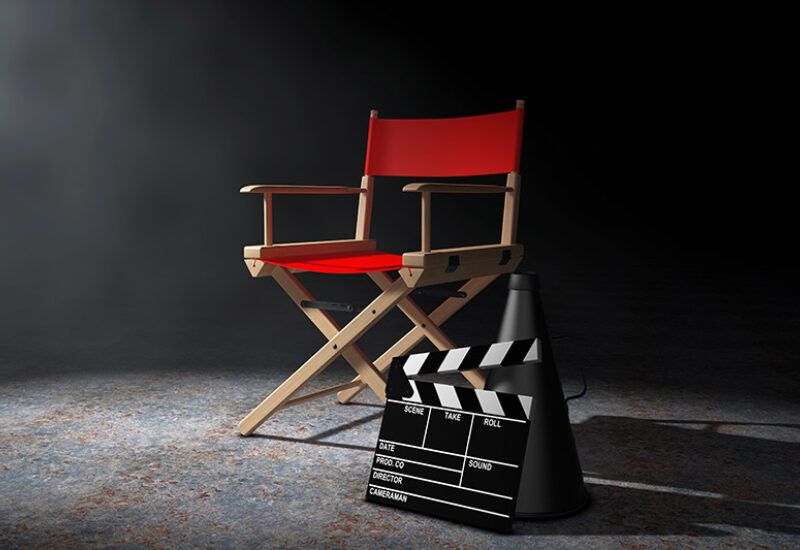 “Sitting in the darkness, what a world to see!” sings Grace Farrell to Annie in the beloved Broadway musical Little Orphan Annie.

She’s got a point. Since the advent of the motion picture in the early 20th century, people of all ages have been captivated by an escape into another story, another world, for a few hours. And even with today’s tricked-out home theaters and just about every film at one’s fingertips, there’s still something special about going to the movies.

A Brief History of the Motion Picture Beginning with photographic sequences known as chronophotography (think the Horse in Motion cabinet cards), moving pictures exploded onto the scene in the late Victorian age and became a much sought-after form of entertainment. Just as they are today, theaters were burgeoning social hubs for people at the turn of the century.

In those days, films were silent, often accompanied by a live orchestra, theater organ, and/or intertitles to convey dialogue and narration. In 1927, Al Jolson’s The Jazz Singer introduced sound on the Vitaphone, making it the first talking picture, or “talkie.”

By 1939, two films that remain today amongst the most popular of all time were produced in color: Gone with the Wind and The Wizard of Oz. The former took home the Oscar for Best Picture, while the latter was a contending nominee. While these epic films weren’t the first to use color, they were certainly the most notable. Who can forget Dorothy Gale exiting the drab black and white of her Kansas farmhouse and waking to the brilliant, otherworldly hues on the road to Oz?

Why Do We Love the Movies? Whatever the genre or era, there is much to love about motion picture entertainment. According to psychologists using film as therapy, film is much more than a simple art. Movies, especially old classics, have also been shown to improve memory in older adults.

But first, let’s explore what just about everyone can gain from watching a movie:

The Appeal of Old Movies Many films, especially those made in the 40s and 50s, remain popular today as well, some say for their representation of old-fashioned values, such as chivalry, innocence, clean humor and language, and a clear distinction between right and wrong. While they are not nearly as sophisticated as the digitized, CGI-enhanced movies of today, they are appreciated and watched repeatedly, perhaps for their lack of technology.

Movies and Memory Care Nostalgia is a powerful thing. And not just because it makes us feel wistful for an earlier time. Nostalgia plays an important role in addressing memory loss, and an effective way to evoke fond memories and positive feelings in seniors is through movies, particularly old classics like Singin’ in the Rain or Miracle on 34th Street.

As noted above, watching movies together is a wonderful opportunity for shared experiences and socialization, which is critical among those for whom social situations have become difficult due to memory loss. As long-term memories are often sharper for those with Alzheimer’s or other dementias, a familiar movie makes for a sense of comfort, easy conversation and sharing with others who are also acquainted with a certain film. Feelings elicited from a movie seen years ago remain strong, especially as the part of the brain that stores long-term memories is not the first affected by memory loss.

Movies in Schaumburg and at Friendship Village In and around Schaumburg are several movie theater choices, most notably AMC’s Streets of Woodfield 20, with not only 20 screens, but comfy, reclining seats, wheelchair accessibility, senior discounts, and much more.

At Friendship Village, movies are among our many regular activities, with a wide variety of choices for all tastes. Recently, we went back in time with Sandy and Danny in Grease from 1978, and October Baby, made 34 years later, was another recent showing in Friendship Hall. The romantics among us enjoyed the Christmastime favorite Love Actually as well. Each week, residents can cozy up with popcorn, great friends, and a good flick.

What could be better than that? 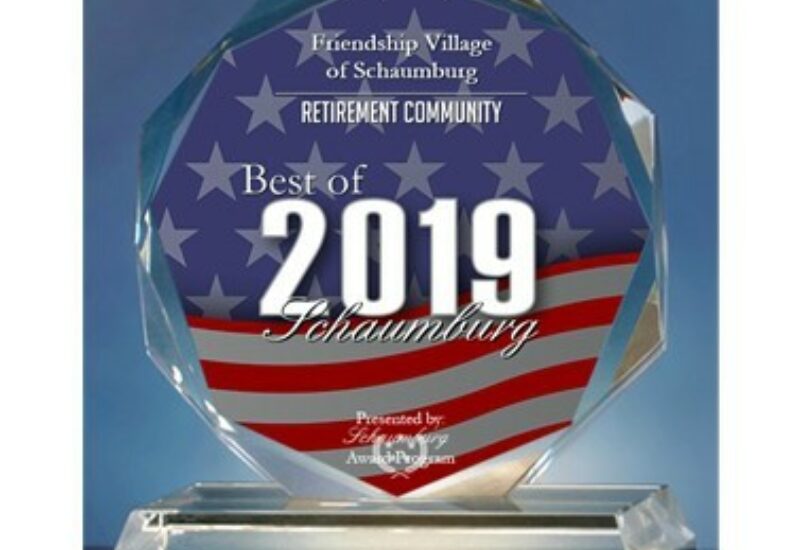