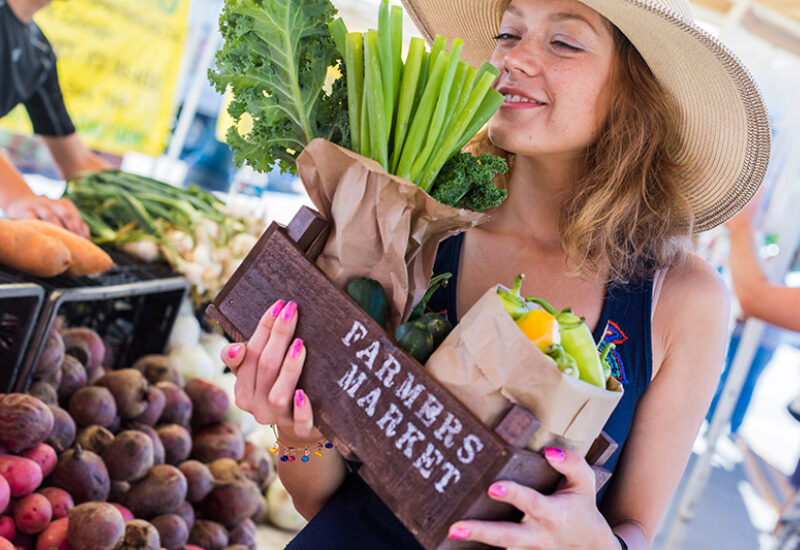 On June 1, the Friday after school let out, I did something I’ve never done before and never thought I’d want to. My grandmother, Lillian Barnes, and I went to opening day at the Olde Schaumburg Centre Farmers’ Market. When I called her to see what we’d do that day (I visit Gram at Friendship Village at least once a month), she said, “Let’s go see all the beautiful produce!” Boring!, I thought, but I didn’t want to offend her.

After a moment, Gram said, “Trust me, you’ll like it. It sounded in her voice like she was smiling. I’m driving now – yay, I passed my driver’s test on the first try, and Mom and Dad don’t freak out anymore when I take the wheel – so I drove myself to meet her at Friendship Village. Before I even got inside, I saw Gram outside examining the vegetable garden, touching and smelling and gently squeezing the plants.

“Amanda, come look at these!” I rolled my eyes and parked as far away from other cars as I could. (Parking lots still scare me!) But Gram was so enthusiastic, I did my best to seem excited too. When I saw the bright tomatoes and squash, lettuce and other vegetables ripening up, I had to admit it was cool to see how they grow. A good feeling came over me.

Gram had never driven with me before, but if she was nervous, she didn’t show it. Trickster Gallery, where the market is, is less than a mile from Friendship Village. “Onward!” she said. Slowly, I made my way to the huge gray building that looks like a barn and was voted one of the best art galleries in Illinois. Gram told me that while when we pulled into the lot; she knows I want to study art in college.

What I imagined to be a few farmers in overalls selling some dusty vegetables turned out to be the most awesome thing. Not only were there vegetables and fruits of every color, shape and size, there were also cheeses, spices, oils and fragrances, cookies, cakes, lemonade, snow cones, kettle corn…and live music too! “How have I never come here before?” I asked Gram, wishing I’d brought more of my allowance. “I didn’t think you’d be interested until a certain age,” she said, giving me a wink. She could always read me so well.

Seeing that I was totally interested, Gram told me that even though there are so many places to purchase anything you could want, farmers’ markets are something special. Not only do they help area vendors and support the local economy, they are more of an experience than a regular shopping trip. I knew right away what she was saying – I could sense it immediately, almost like the feeling I got at the vegetable garden at Friendship Village.

All the smells, colors, random people chatting with each other, things to touch and turn over, samples to taste and try, people smiling and proud of their merchandise. Gram was especially interested in the master gardeners that were there to answer people’s questions. She told me she thought she’d miss her garden at her house before moving to Friendship Village, but she has more opportunities than ever to garden now – and lots of friends to do it with!

It was almost 4:00 by the time we left, and Gram was nice enough to give me some extra money to spend. “That’s what grandparents are for,” she said. “But before you go home today, we have to pick some tomatoes from the garden. There’s nothing like a fresh tomato!” 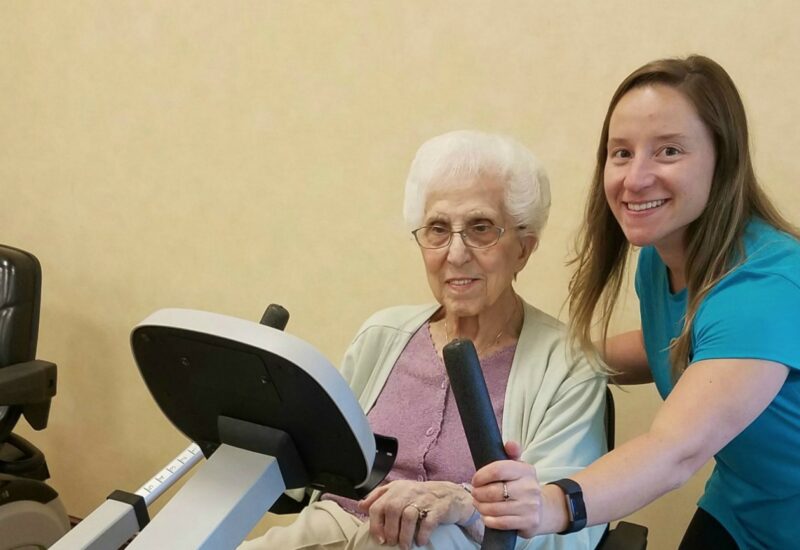 Fitness Specialist Takes to Friendship Village Like a Fish to Water