As seen in Daily Herald 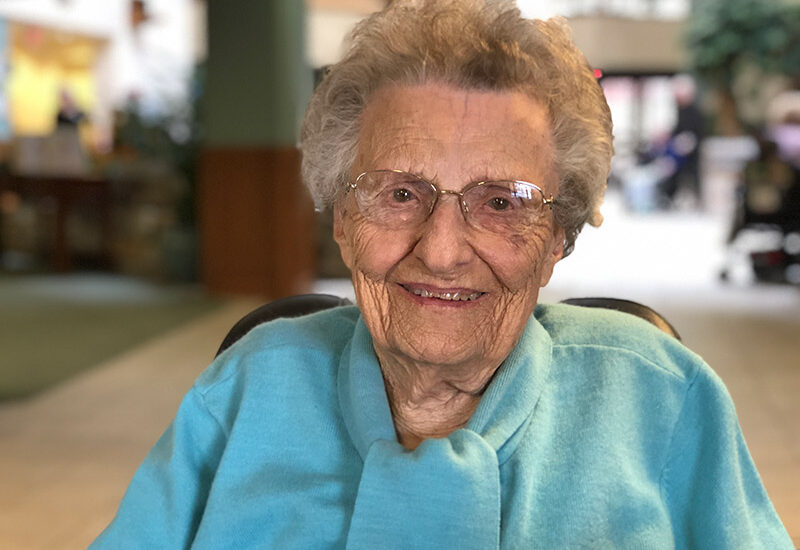 She asserts that her only claim to fame is that she’s old, but the truth is that she’s remarkable. Now in her 103rd year, Kay Harlow, a resident of Friendship Village in Schaumburg, is sharp, funny, well-informed, and has enough stories to fill an epic novel. This is clearly made evident as she casually drops fascinating tidbits including the fact that her knee is messed up because of the time she fell off a barstool…not while sitting, but while standing to fix a skylight. Or that she made fuses for bombs during WWII. And that she went to church in New York with the Trump family and taught religious education to the President’s sister Maryanne. Or that she got pulled over for speeding at the age of 97. The list goes on and on.

Kay moved to Friendship Village a year ago, having participated in the Weather the Winter 90-day trial stay. “I’ve seen retirement communities for many years, and this is certainly the best. The thing that impressed me the most was that everyone is friendly and everyone is happy…. residents and staff.  And the food here is excellent. I’ve been here a complete year and have never had a bad meal. I run into residents who have been here many many years, and if they are still happy after that much time, there’s something to be said for that,” she said.

Kay moved to the U.S. from England when she was five, and lived much of her life in New York, working in jobs as diverse and interesting as her stories. Her longest gig was as the head of payroll for a state hospital where she worked for 25 years until retirement. When her daughter and son-in-law bought a bed and breakfast in Saugatuck, Michigan, she moved in and helped them out for 11 years. “It was highly successful and a lot of fun,” she said.

She’s also in Laff a Minute. “I saw the name and decided, ‘I’ve got to see what it’s all about. It’s an improv group. Who knew?  They’ve got to change the cockamamie name! I’d never tried improv before but I love it. And everyone there seems to think I’m funny!” she said.

Kay also pursues her long love of creative writing through Friendship Village’s monthly club. “Writing poetry is just one of those things I fell into. I wrote a poem for the invitations to my parents’ 25th-anniversary party many many years ago. Then I wrote one for someone I knew who was retiring. Soon I became poet laureate for the state hospital I was working at. I wrote poetry for all sorts of people and events but I enjoyed it. I like the challenge and still write frequently,” she said. Kay read some of her poetry at Friendship Village’s variety show and earned rave reviews.  She has subsequently been selected to represent Friendship Village and read her poetry at State Representative Michelle Mussman’s Hidden Gems in Our Community.

Kay describes herself as being “friendly.” Her problem she said, is that over her 103 years, she’s connected with many people and she works hard at staying in contact with them. “But it’s important. I don’t take my friendships lightly,” she said.

Kay said she doesn’t give her age much thought except when various body parts don’t work as well as they used to. “I have a frozen shoulder so there are some things I can no longer do for myself and that makes me feel old. But I don’t evaluate my age every day and I’m very independent,” she said.

Other people, however, do think about her age…because she completely obliterates any pre-conceived notions about centenarians by being active in programs and activities, informed and opinionated about current events, and engaged with the people around her. “I love people. And writing. My two loves are people and writing,” she said.

Kay said she attributes her advanced age and health to her British background (“I think that has something to do with it”) and her positive attitude. “I’ve had rough times, for sure. There were times I didn’t know how I’d pay the rent. And all sorts of things happened as far as life goes. But you can’t sit and moan about it. I always got up and did the best I could.”  She stressed that despite her life experiences, there’s only one piece of advice that she ever shares. “Don’t say ‘no’ in a hurry. Wait until you know more. You might miss out on something important if you say ‘no’ too quickly,” she said

Most importantly, Kay said, “I have a wonderful family. I have one religious belief…that God put us all here for some specific reason. I believe he has a plan. His plan for me….my job…was to start my family. (two children, 9 grandchildren, 20 great- grandchildren and three great-great- grandchildren). They have so much to offer. They always do good things. That’s why I’m here. To have brought these kids, grandkids and great-grandkids into the world.” She added, “And they treat me like the queen."

Kay said that while enjoying her home at Friendship Village, she’s looking forward to her daughter and son-in-law joining her there when they move into one of the community’s beautiful garden homes. 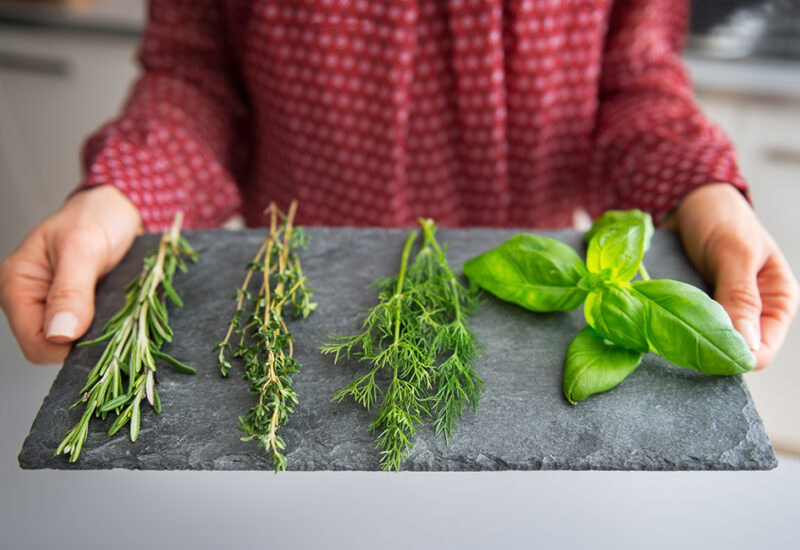 Spicing Up Your Life...And Your Health!