He still works, fishes, plays tennis and swims. New to his repertoire however are working out, rock climbing, iFly indoor skydiving and Wii bowling. Allan Dalgleish, affectionately known as Big Al, moved to Friendship Village Schaumburg four years ago, and is using his free time to enjoy long time hobbies, while pursuing new interests and activities.

Formerly of Arlington Heights, Al recalled having driven up to his home of 40 years after a blizzard, to a foot of snow on his driveway. That, along with his increasing sense of loneliness after the death of his wife, inspired him to move to Friendship Village where he has no responsibilities of home ownership, and a lot of new friends.

Al said that he enjoys the state-of-the-art fitness and aquatic center at Friendship Village. "I've never been in a regular fitness program before in my life. Now I work out on nine different pieces of equipment, twice a week. I feel healthier and my weight is down," he said. He also tends to dominate the community's annual Silver Games competition, in which he typically enters more than a dozen events and often takes the gold medal. "One year I won the fishing competition, catching a 26 ½ inch cat fish from the pond here. The fishing here is good," he said.

Friendship Village's award winning Lifestyles Department offers an abundance of programs and activities suitable for virtually any interest and ability. A little more adventurous than some, Al said that he loves trying new things. Since he's lived at Friendship Village, he has thrown out the opening pitch at a Schaumburg Boomer's game, gone rock climbing, tried out virtual skydiving, and regularly participated in the annual talent show. "Last year in the Michael Jackson Thriller number, I was a zombie," he said. Trying out bumper cars recently, he recalled, "I had to bump a lot of people out of the way to get up front. They told me I was reckless."

Although officially retired as a print broker, Al still works four nights each week at the deli counter at Jewel. "I was in between jobs in the '70's and didn't have health insurance so I started working at Jewel. I've been there 29 years and counting. It is enjoyable to me and the money is still helpful. I have customers now, who were kids when I started and are now adults," he said.

Al said that he values the dining services at Friendship Village. "When I was eating at home, I didn't eat right. Here, the food is prepared and there's no excuse not to eat healthy," he said. Because of the generous food allowance, he finds that he's often able to invite friends and family to join him for meals.

"My strongest recommendation in talking to prospective residents, is to make a decision about moving to a retirement community when you're healthy and can take advantage of all of the amenities," said Al.

See the story as it appears in TribLocal 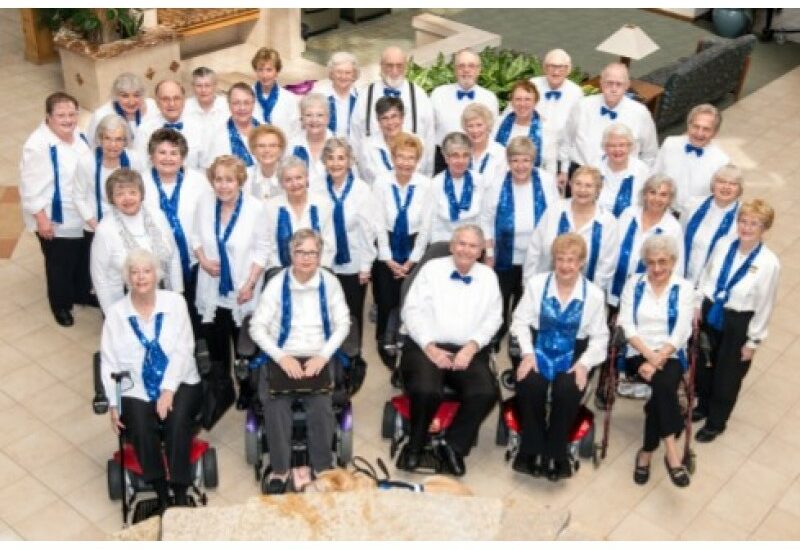